Back at Hamilton for more action, weather on Saturday was great once a little early morning fog burnt off. Great conditions all day, and plenty of flying. 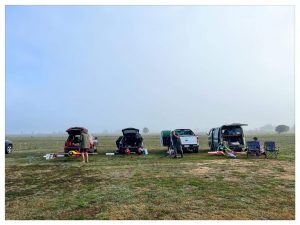 We missed a couple of regulars that were at home with the lurg, so down on numbers compared to the previous year. That just mean more flying for the rest of us !!

Basic IMAC was a pretty close contest, with new kid on the block Corey Westhall giving Dean and Isaac some competition.

Sportsman IMAC, young Ricky Maitland (Grasshopper) having just moved up from Basic, starting to catch up to Lyndon Perry by the end of the weekend. Steve Sherbourne back from Covid ISO happy to be out flying again !! Unfortunately local Gavin Madsen couldn’t make it this time due to ISO.

We had two guys flying Expert Pattern, young Ricky Maitland, and another newbie Rod Chave from the North Shore MAC. Rod’s latte wagon / remuera tractor got a little bit of mud on one of the wheels at the HMAC “Farm” site, so he was looking for a carwash on the way home. Ricky and Rod both swapping round wins for some close flying here. Checkout Rod’s model. FMS Olympus. Foam !! A really good way to get into flying pattern at a fraction of the price, and the thing flies great.

Masters Pattern – Another close competition here. Aaron Maitland “Sparky” just moved up from Expert, and Dave Wilkins “50 F’s Gordy”. These two also swapping round wins. Less then 20 points between these guys after 4 rounds.

F3A Pattern – Numbers in this class really took a dive with both John Knox, and the Galloways all out. James Danby “Granny” fresh out of ISO joined Bogan and Paul Tomlinson for this one. First two rounds flown in dead calm conditions. Last round a bit of a cross wind, after a rain squall came through.

Clubman … we’ve made some changes to the sequence to try and get some more guys to come and have a go at this one. Spin, tricky double Stall Turn and scary Outside loop, all gone. Plus now also there are chocolate fish up for grabs just for having a go !!! All I can hear is wind blowing, as a tumble weed rolls down the runway …. people look the other way … loop and roll, what me ??? oh I couldn’t possibly attempt that with you guys watching. Where are all the HMAC guys that I’ve seen doing loops and rolls before ? Nowhere to be seen. Oh wait there are some on the park bench over there, a few hiding in cars. All except for one brave soul, Clive Marthis !!! Along with Corey, who also flew in the Basic class, these two guys flew two rounds of the new proposed Clubman. Coreys model had plenty of power and it handled the wind ok. Clive provided some entertainment, and nearly had the caller in cardiac arest when the two rolls attempted one mistake too low went all wrong. But he went home with a model in one piece, and a big smile as he munched on chocolate fish. We’ve got a few more adjustments to make to the clubman sequence. It seems that stringing 5 figures together didn’t work out quite how we had envisaged, so they are going to be tried again at the next event, but on centre only.

Saturday Night, a number of us went to the local bar in Hamilton for a dinner, they ran out of drinks, and no tall stories were told. All this was followed by an early night. Believe what you like from that statement !!

Sunday morning – No fog, but grey skies, dark and angry. And it got windy too. Intermediate IMAC was up first, with “Aunty” Grant Finlay, Aaron Maitland and Paul Tomlinson all fizzing at the bung to fly in the wind. Aunty was a bit late, as he’d gone to the local Market Day to acquire some artesian bread for the burger buns, and freshly ground coffee beans. It was pretty brutal for these guys in this wind, but it was straight down the strip, so they boxed on. Aaron got very close to beating Aunty this time, plenty of power needed to cut through the strong wind, and Aunty had chosen to fly his little Yak, that when it grows up, wants to be a big Yak. Paul Tomlinson also managing some good scores when he could keep it together for the entire sequence.

Sportsman IMAC also flew, but it was far to windy for the chocolate fish Clubman.

At lunch time, the BBQ was positioned behind the tiny HMAC club shed to avoid the burgers from blowing off the BBQ. Pretty soon it was decided that after a couple of Classic flights, we were calling it a day.

Of course, as we packed up and left the field the sun came out, but it was still pretty windy.

So, another great weekend, and good to be back flying at the Hamilton field due to the ability to lodge a Notam. Thanks to the HMAC for the use of the site over the two days.

See you at the next event, there are still plenty on the calendar dotted around the country. 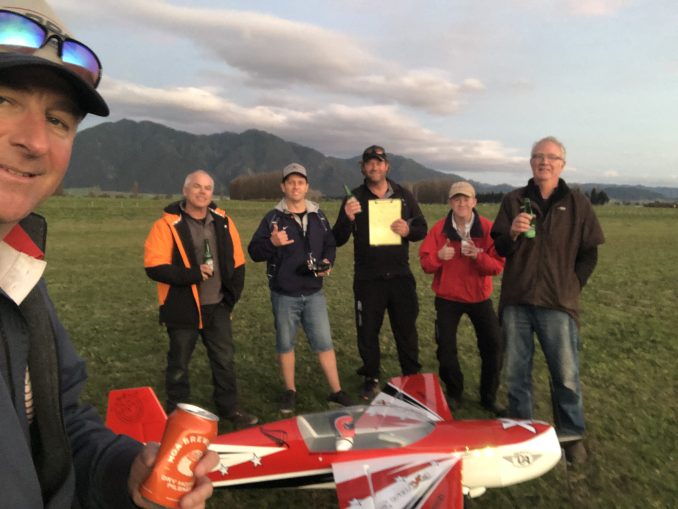 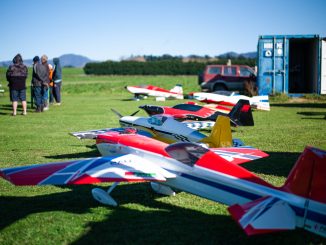 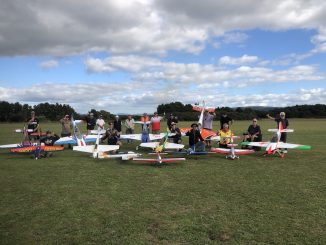 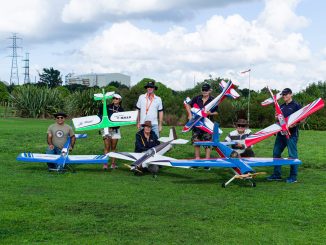 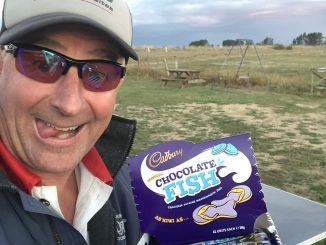