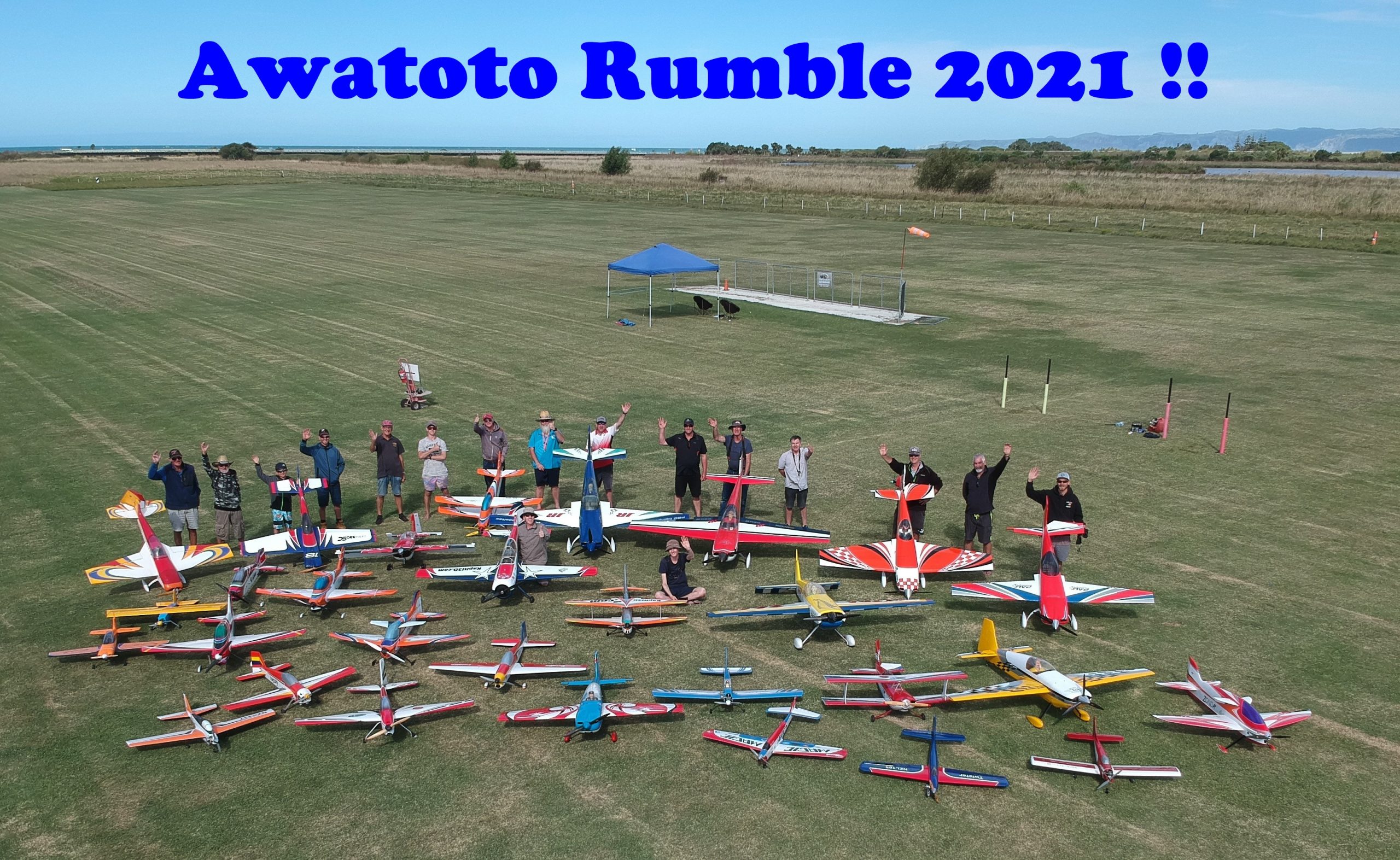 What a superb weekend in the Hawkes Bay, lovely weather all weekend, and a fantastic flying site.

What more could you want in life ?

We’ve been pushing for a 3 day comp to get off the ground like the good old “Rumble” days, and we’ve made some in roads here. Many travelled down Friday morning, for a Friday afternoon start.

The weather was just awesome, and we were all set to make a start with some Pattern Flying … but first …. we all needed a training session on the new scoring system.

Hot off the boat from France, a pair of Notaumatic’s. If you have been living under a rock, you won’t know what we are talking about. Well just imagine not having to manually write scores down on a bit pf paper. Or worse, miss out on the evening fun because you have to help the CD punch scores into the computer. Never again !!! (well almost). Hand held scoring wifi device at your finger tips, and an ear piece in your ear. You don’t have to look away from the model. “That was rubbish !!! you’re getting a zero from me. Ok, wait maybe it wasn’t that bad. I’ll upgrade it to a 1”. Click the ok button, and the nice lady from the world of Siri reads the next manoeuvre in your ear. And so on. All the while your scores are whizzing back to the central computer system, ready for people to see on their phones via the published web pages. The system performed almost flawlessly all weekend, and it was used for running Pattern, Classic and IMAC including the unknowns.

We flew Pattern on Friday afternoon till pretty late, followed by fish and chips at the field. Many of us were camping onsite, so this really makes for a fun weekend. No racing back to the motel for Aircon, even Hamish Galloway was there roughing it in the great outdoors with his new Blankey.

Saturday morning. Completion of Pattern by lunchtime, then into some Classic, followed by the start of some IMAC flying.

Did I mention that the local club fed us well ? Awatoto Rumble Burgers were the staple diet, and they were pretty bloody good as usual.

Saturday Night – we were off to the local craft beer and cidery just around the corner. The Filter Room. Jayden Molloy and Mike Shears ate more pizza than the waiter was prepared to bring them !! It was massive. Back at the field and the socialising went into the night. It was bit chilly if you didn’t get close enough to John and Shelleys mini gas heater. Lots of laughs here. The highlight of the weekend for some.

Sunday morning – how about that weather. Just perfect !!! Dead calm, not a breath of wind. We got cracking early. The night before, it was announced Auckland was about to go into a 3 day Covid-19 lock down, so there was no rush from any of the northern crew to leave early. So we flew all day.

Prize giving was the usual affair, but with a make shift podium featuring. We’ve gotta get the old “Rumble” Podium down to the Bay for the next meet. It’s a mission to transport, but we should be able to sort it.

Congrats to James Farrow who was awarded the Mike Johnson Memorial trophy for his noted flying improvements over the past few months.

Thanks to the local club, Model Flying Hawkes Bay, for the use of the field. And especially the volunteers that came out and manned the BBQ for us. Some of them came from very far away, so it’s well appreciated guys.

Hitomi Maitland took a massive amount of photos over the weekend for us, she was in her element here. After you landed there was no getting away until your photo had been taken !!  Some great photos in there Hitomi. Thankyou.

I bet you are looking forward to the next Rumble in Awatoto ?

Mark your calendar now for the last weekend in February 2022.

Gallery of photos and results follow. Click the photo and use the gallery viewer to flip through them one at a time. Some great shots in there !!!

How about that group photo !!! The credit goes to James Farrow who took that from his mini quad for us. He made a movie too. Lets see if this works ….